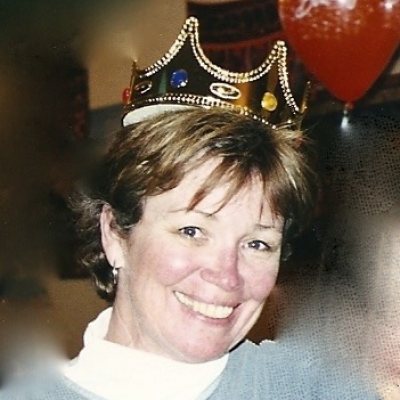 Georgann (Taylor) Turner of Bremerton, Washington, died August 17, 2021, of complications from colon cancer. She was 70.

She was born March 1, 1951, in Sacramento, California. When she was 15, she moved with her family to Hawaii for two years and then to Germany for another two years.

After returning to the states, she settled in San Francisco as a divorced single parent with two children, Andrew and Jena Mendonsa. There she became involved in a neighborhood mediation program. After moving to Pacific Grove to be closer to her aging parents, she started a neighborhood mediation program there. She continued working as a mediator for a few years, then decided to go back to college to study journalism, photography and politics. She took courses at Sacramento City College and California State University, Sacramento, and spent her junior year abroad at Swansea University in Wales. She loved the people, culture and language there and stayed to complete her bachelor’s degree in political theory in 1990.

She returned to Sacramento, and started fostering three young children. She married Ron Turner on September 26, 1996. Together, they adopted each of the children, Max, Emma and Maggie Turner, who are now grown. Georgann worked as a case manager for the 0-3-year-olds program for Alta Regional Center, a nonprofit program that delivers community social services for people with disabilities—a job she found very fulfilling. With her friend Sandra Yamamoto, Georgann also created a meal home delivery service called Stork Club Suppers, aimed at providing meals to families of pregnant women and new mothers.

Long an advocate for women and children, Georgann traveled to South Africa as a volunteer for Nkosi’s Haven, which supports orphans as well as mothers and children impacted by HIV/AIDS.

She was diagnosed with colon cancer in 2009, underwent surgery and began a long recovery. Georgann wanted to live near the water, enjoy a rainy climate and breathe very fresh air, so the Turners and the three younger children moved to Washington state in 2012. They lived first on Bainbridge Island and in recent years in Bremerton. Georgann became an Amherst Writers & Artists group facilitator and hosted writing workshops on Bainbridge Island. She was a talented writer and had several poems and short stories published in literary journals.

She is survived by her husband, Ron Turner; her six children—Andrew Mendonsa and his wife Tiffany, Jena (Mendonsa) Dunn and her husband Dana, Matt Turner, Max Turner, Emma Turner and Maggie Turner; her six grandchildren—Evan Mendonsa, Cine Kearney, Madelyn and Hazel Petty, Aya and Coco Turner; her sister Cindy Taylor and brothers Bill Taylor and John Taylor. She was preceded in death by her parents Herbert and Kathryn Taylor and her first husband, Lou Mendonsa.

A memorial service/celebration of life will be held in Sacramento on September 25. Contributions can be made to the SPCA in lieu of flowers. For further information about the memorial service, contact Ron Turner at rfturner@comcast.net.