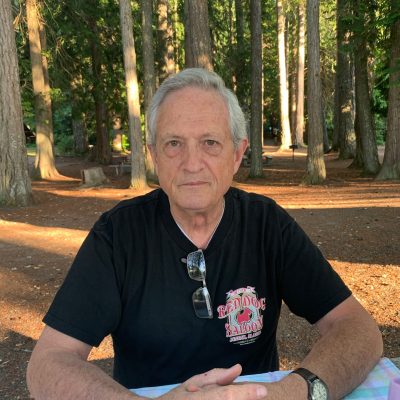 Gary  was born on July 18, 1951 to Lawrence Russell and Mona Mae Powell  in San Francisco, California. Following High School he served 4 years in the Air Force.  He then began a Civil Service career at Mare Island Naval Shipyard in California where he worked for 19 years and then transferred to Puget Sound Naval Shipyard in Washington  for the duration of his career, retiring after 32 years of total service.

In 1973, he met Sharon Spring, and they married in 1974, going on to have four children, Kimberly, Jennifer, Alanna, and Brandon.

After retiring in 2007, Gary  spent his time trap shooting, hunting, volunteering at the local shooting range and other community events, going on cruises with his wife, and traveling to visit his children and grandchildren.  He also began to teach behind the wheel driver’s training to teenagers.

Gary was a devoted disciple of Jesus Christ and an  active member of the Church of Jesus Christ of Latter-Day Saints.  He served in the church throughout his life in various capacities including Elders Quorum Presidency, Ward Mission Leader, and Scouting.  He dedicated his time and love to the young men in the Scouting program for numerous years.  He could easily be found on a campout, hike, high adventure activity, summer scout camp, and teaching survival and life skills to the young men.  In all he did his testimony and love of the Savior was evident to all who crossed his path.