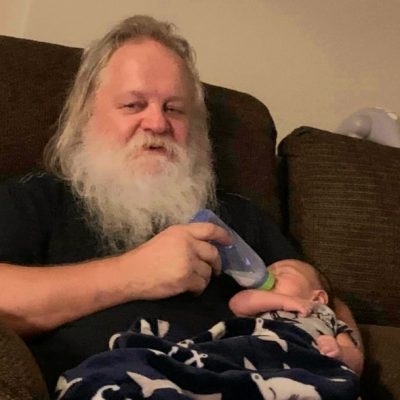 Fredrick Andrew Walsky was born on September 28th, 1959 to William and Donna Walsky in Arcadia, Wisconsin. He passed unexpectedly in the early morning of September 16th, 2021 at 61 years old. He leaves behind his sisters, Kathy and Mary, and brother, John, and has gone to join his mother, father, and brother, Bernard, in Heaven. Those who were closest to him are his devoted daughters, Ashley and Melissa, his loving grandchildren, Nathaniel, Annalycia, Maddylyn, and Michael, and his great grandchild, Natèo.

Fred was a CDL truckdriver for over 35 years and worked fervently to ensure his family was not only provided for, but also had as many opportunities as possible to lead a better life than his own. His joy was found in sharing time with his family and telling stories to anyone who would listen, even when they’d heard the same story a hundred times before. He touched the lives of every single person he met in the most genuine way and had without a doubt the biggest heart and an infinite capacity for kindness. He was an honest, hardworking, and wholeheartedly selfless man who loved his family fiercely and took pride in their every achievement. He comforted us with his simple good-natured character and wanted nothing more than the health and happiness of his loved ones.

His family will hold a private service for those who were closest to him on Friday, September 24th at Tuell-Mckee Funeral Home, but he ultimately wished to be cremated. His ashes will be shared among those who cared for and cherished him most of all to be a constant reminder of his spirit watching over us just as he did in life.