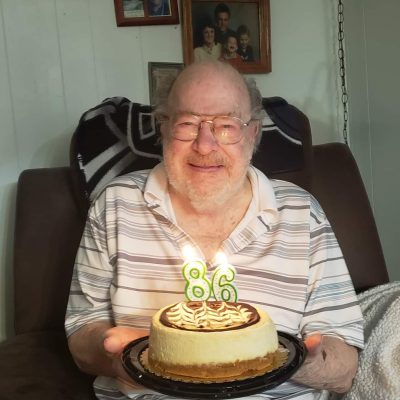 Frederick (Fred) Leroy Jones, 86, Bremerton, WA, joined his parents in the spiritual plane on August 3, 2022. he was born July 7, 1936, in Seattle, WA, to Loren Adelbert Jones and Verona Magdalena Ludington.

Fred graduated Central Kitsap High School, joining the Air Force Reserves in 1954. After two years, he enlisted in the US Navy and traveled to numerous countries. Once Fred completed his enlistment, he spent most of his life working in the copper and coal industries. When he moved back to Washington State in 1986, Fred worked for the DOD in the Fleet Industrial Supply Center at Puget Sound Naval Ship Yard.

Fred was actively involved in Mobile Home Owners Association (MHOA), serving as state president for over five years. He was also an ELKS lodge member and enjoyed participating in the Rotary CB Club of Washington State. During his retirement, Fred spent his free time fishing, playing poker, and spending time with his family.

Fred is survived by his wife, Berniece, and fourteen children; Verona Jones of AZ, Teena Glover of WY, Frederick Winn (Janet) of OR, Michelle Christy (Harland) of IN, Tracy Alpough (Michael) of AZ, Lloyd and Karla Getchell of WY, Marty Getchell of IN, Kelly Hanmore of WA, David and Dwayne Jones of CA, Rayna Beck (Peter) of OH, Susan Jones, and Tammy Brown-Jones of WA. He also enjoyed 43 grandchildren, 75 great-grandchildren, and one great-great-grandchild.

Fred was preceded in death by both parents, his brother, Loren (Del) Jones, daughter, Wanda Grenier, and sons; Ernie and Chad Getchell.

The family requests donations to the Kidney and/or Diabetes Foundation in his name instead of flowers or gifts.