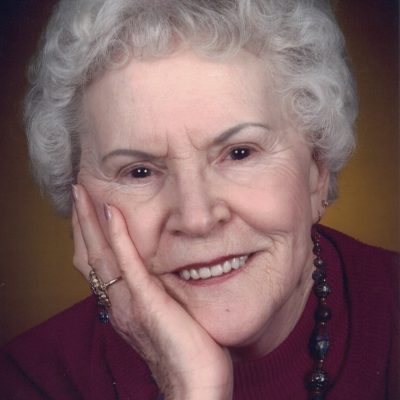 Emma Earleen Hill, loving wife, mother and grandmother, was born April 13, 1928, to Clarence Spaulding and Rosamond Hoover in Toppenish, Washington. She was greeted by her welcoming family on Saturday, December 26, 2020, at 92 years of age. Emma graduated from Toppenish High School in 1946. While still in high school, she met the love of her life and future husband, Carl Hill. They later married on August 24, 1946. They had a storybook romance that lasted until Carl passed away in February of 1988. They were often known to dance in the kitchen, and always owned a car with a bench seat so they could sit next to each other. They moved to Bremerton in 1952. She continued to reside in their Tracyton home for 64 years.

Emma served as a Den Mother for the local Cub Scouts, and was active with the PTA. She was an avid reader throughout her life. She was also a talented seamstress who would spend many hours sewing clothes and wedding dresses for her children and grandchildren.

Emma traveled much of the world with friends after she retired from JC Penney as a stocking clerk in 1990.

Emma was a member of the Bremerton Senior Center, attending several times a week. She still played a mean game of cards until the middle of December, often trouncing opponents. Known to the grandkids as “Grandma Pancakes,” she loved making pancakes and Swedish pancakes for all the grandkids. She also loved to bake cookies to take with her when she visited.

She was a dedicated member of Tracyton United Methodist Church for much of her life. Although she suffered many heartbreaks, her bright smile, soft demeanor, compassionate, kind, and generous nature were an inspiration to all who knew her.

Due to COVID-19 services are postponed until summertime 2021.

In lieu of flowers, donations can be made to a local humane society or charity of your choosing.

“This world is not conclusion; A sequel stands beyond, Invisible, as music, But positive as sound.” Emily Dickinson