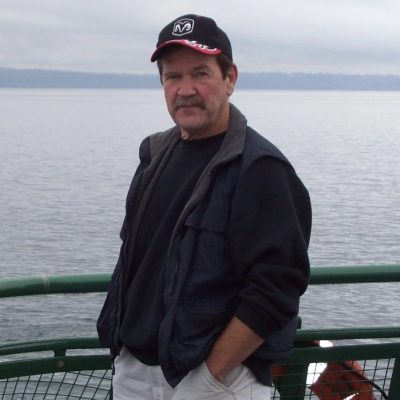 In Loving Memory of Eldon ( Mac ) L. McPherson. Eldon passed away on April,26,2021 peacefully at his home in Port Orchard, WA. at 10:35am. He had a long battle with cancer and was 73 years old. Eldon was a loving, caring , gentle man who everyone loved. There was never a person who met him that didn’t love or like him. He was the best. His most loved thing in life was fishing for salmon on the Bay Area, working on cars, taking care of his property and being with his family. He retired in 2016 after a stroke and had been a Semi Truck driver at that time. No one worked harder than he did from the time he lost his parents at his young age of 16 when his Father Elmer R. McPherson passed then 18 when his Mother Mary Lou McPherson passed. He was the second to the youngest of seven boys. He is preceded in death by his two half Brothers Robert and Orville Hines. He is survived by his Brothers Elmer, Wayne, Paul and Gene, McPherson. Also his wife of 48 years Roxanna ( Roxie) McPherson. His five children, Sons, Alan McPherson, Mickey McPherson, Sonny McPherson and his Daughters Dara McPherson and Kaycee McPherson. Also his many Grandchildren and great Grandchildren. There were no services as to his request. His ashes were spread in the Bay at Point Defiance where he loved to fish and also grew up there in Ruston, WA. Eldon ( Mac ) will be forever loved and missed by so many. Rest in peace and free from pain our love, our everything.