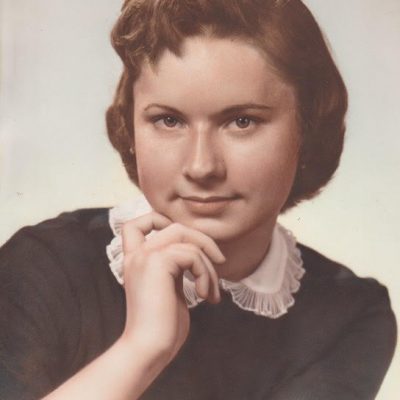 Elaine Alice Hailey, age 83, passed away peacefully on the morning of December 31, 2022, of natural causes. She was born March 9, 1939, in Missoula, Montana to Juliana (Bierwagen) Jacober and Otto Henry Jacober.

Elaine was very proud of the fact that she was a majorette during her high school years. Her eyes would light up when she talked about it. She was a big fan of country music, especially anything by Johnny Cash and Waylon Jennings. She was especially fond of Roger Whittaker’s ballads and folk music. She was a devout Christian, active in her church, and loved listening to Billy Graham. She was an avid dog lover, and often referred to her numerous dogs over the years as her “kids.” Her favorite dishes were German Grits, German Nifla, and Party Mix.

In the early sixties, Elaine and her husband Mitchell Dan Hailey Sr. enjoyed spending time in Fall City, Washington, with their three sons and daughter. It is here that they started a lifelong friendship with Jack and Lola Bush and their family. Elaine worked at Chinese restaurants in Bellevue and Everett Washington at the time.

After moving to Yakima, Washington in the late sixties, Elaine worked with her friend Marge Weeber at the Chalet Convalescent Home as a nursing assistant. After moving to Belfair, Washington in the mid-seventies, she worked for the Bergquist Family in Bremerton, Washington supporting both Kitsap Radio TV & Appliance and Bergquist Reality. She eventually became the Office Manager for Bergquist Rainbow Vacuum on Callow Avenue, working for Henry “Hank” Bergquist in Bremerton for many years until she retired.