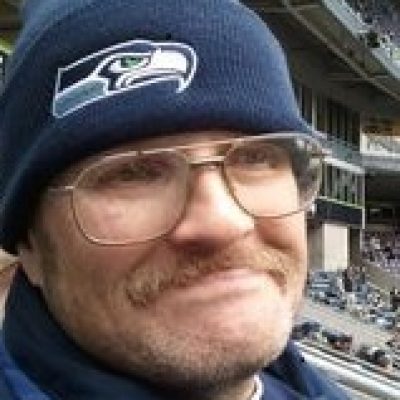 Edward Anthony Dane (a.k.a., Eduardo Antonio) passed away on Wednesday, January 27, 2021 at the Tacoma Rehabilitation and Nursing facility where he resided over the past year. Ed was born at Walker AFB, Roswell, New Mexico, November 1956 where his father was stationed as a member of the 509th Bomber Wing.

Ed suffered a major brain injury on the first day of his birth while in the care of medical staff at the Walker AFB medical facility, but that injury did not deter him from being a crafty, funny guy all of his life. In fact, he often entertained others with the story of his origin as one of the aliens that crashed in Roswell in 1956.

Ed, a 1975 graduate of Stadium High School was a passionate and avid sports fan. Ed scored a perfect bowling score of 300 twice in his lifetime and was 25-year season ticket holder with the Tacoma Rainiers minor league baseball team, and a many year Tightwad Hill fan since moving to Tacoma with his family in 1969. Ed won the Tacoma Rainier’s Dancing on the Dugout competition several times and was a recognized team and fan favorite over the years.

Ed was proceeded in death by his father and mother, Warren and Alyce Dane, and his older brother, Richard Dane. Ed is survived by his siblings, Romona Phillips, Michael Dane (Tracy), William Dane (Rebecca) and Josie Bollen (Mike), plus many nieces, nephews and extended family, including the whole Trafton Street crew.