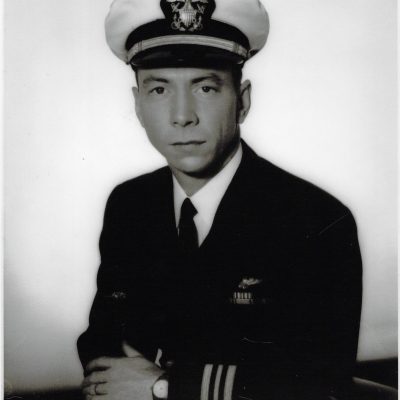 Ed was born May 26, 1926 in Jackson, MS to Ola Mae (Gamblin) and Wall E. Harlan, and attended Jackson public schools. He earned a degree in economics from Millsaps College. Ed served his country for more than twenty years as a Naval Aviator, rising to the rank of Lt. Commander and piloting seaplanes and transport aircrafts around the world. Ed and Deanie married in 1947, and his naval career took them to Florida, Virginia, Hawaii, and California, where their children were born. Upon his retirement from the Navy, the family settled in Pensacola, FL, where Ed built a successful career in real estate.

Ed later relocated to Washington, where he met Loretta. They married in 1980 and resided in Port Orchard for more than thirty years. Through the years they enjoyed visits with their grandchildren and were thrilled with the recent birth of their great grandchild Maxim. Loretta was Ed’s constant companion, and in his last years his devoted caregiver.

Ed was known for his dry wit and his abiding love for his family, and both were evident until his final days.