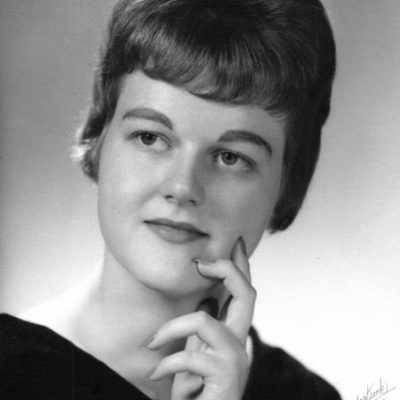 Dorine L. Lundbeck was born on September 29th 1941 in Stanwood, Wash. to Ole Botten and Ruth Botten. She passed away early on November 4th, 2020 at the age of 79 in Tacoma, Wash.

Dorine grew up in Camano Island with her brother Mike, and sisters Sylvia and Alice. Dorine’s early years were spent helping on the farm and spending summers on Drayton Harbor with the family. She attended Stanwood Elementary School and graduated with the class of 59′ from Twin City High School in Stanwood, Wash. After high school, she promptly moved to the big city of Seattle to start her new single life. The first job she took in Seattle was working with a local insurance company. Soon though, she moved on to work for Norwegian America Line, a job that would shape her life. Working with the cruise line allowed her to travel to countries in Scandinavia and the Mediterranean. Traveling would be a love that would continue all her life, whether it was a local attraction, Iceland, or the Middle East. Dorine met and was later married to Floyd Lundbeck in 1969 and they moved to Tacoma, where they would be married for 33 years until Floyds death in 2001. Dorine and Floyd settled in University Place where they started their family, having two sons John (Dana) and Jeff (Becky). Later, she would be thrilled to have two grandchildren, Erik from John & Dana and Brenna, her first little girl from Jeff & Becky.

After raising her sons and losing her husband, she moved from the family home to a nice, comfortable condo in North Tacoma. Dorine was always blessed to be surrounded by great, lifelong friends. She was active with the 59’ers and with her close group of friends from Stanwood. She also was a long time President of a local Tops group, and really enjoyed outings with her friends in the Red Hat Society. She also “trained” with friends to be a master bargain hunter, searching garage sales and thrift stores for hidden treasures. There wasn’t a bargain she wouldn’t find.

Dorine always embraced her love of travel, both internationally and local. She so enjoyed her bus adventures with both Discovery Tours and Freedom Tours. She had a chance to travel all over the country from the New England states, South Carolina, Missouri, Alaska, South Dakota, Arizona, The Grand Canyon, Yellowstone National Park (in winter), and so many Northwest Destinations.

Dorine led a life all her own, surrounding herself with her family and friends she held the closest. She will obviously miss all her nieces and nephews, their children and the whole extended family who she always kept track of. In her own words “My best life is family, friends, and travel”. Travel on Mom!

Due to the current state laws at this time, services are being restricted to a limited number of friends and family. There will be a memorial held for her at Tuell-McKee Funeral Home on November 20th 2020 anytime between 3:00pm to 5:00pm. She will then be laid to rest with her family at Tacoma Cemetery,