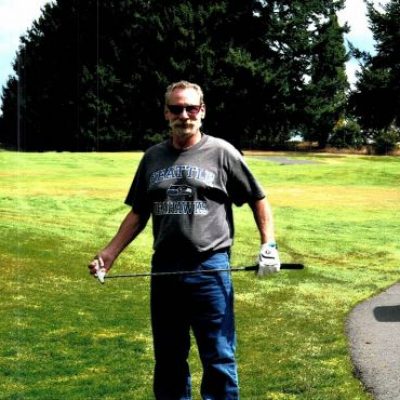 Born July 8th, 1956 in Couer D’Alene Idaho to Gerald “Buck” McInturff and Gladys McInturff, he was the 6th of 7 children.

They Moved to Tacoma Washington when he was 3 years old; a trip he vividly remembered and would happily recount on numerous occasions, moving into the home he, his siblings, and many others would grow up in.

While attending Stadium High School was on the rifle team, and a state champion in gymnastics. He graduated in 1974.

In 1976 he enlisted in the United States Navy and became an electronics warfare technician on the U.S.S. Towers.

He married Patricia Weldon in 1976. They welcomed their first child, son, Van McInturff in 1977, then their second child, daughter, Kelly McInturff (Ramsey) in 1978.

Shortly after, out of the navy and back in Tacoma, he went to night school for telephone repair and started his own business, but fate steered him to a career in sheet metal, where he bloomed. His love for metal and natural artistic talent were unmatched. Don built countless stainless restaurant kitchens here in Tacoma, as well as other cities.

Don was so many things to so many people: charismatic, hilarious, smart, kindhearted, generous, a flirt, fun-loving, and so much more.

Don enjoyed tending to his tomato & strawberry garden, he was an avid golfer, and had an enthusiastic passion for fishing. He loved spending his free time with friends.

He is preceded in death by his mother Gladys McInturff and brother Jim McInturff.

He was a man of more sayings than one could attempt to keep track of, but to quote the man himself, “I’m DFR baby!” …”BANG(!) the money!”