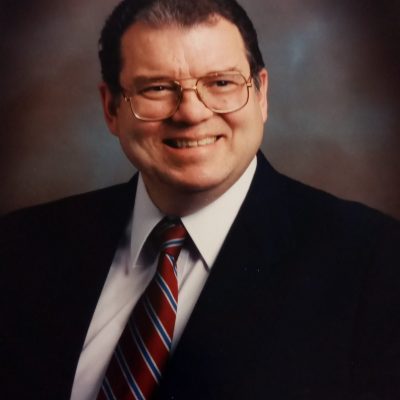 Dr. David Michael Lawrence, graduated Monday, the 18th of October at about 5:00 PM in the afternoon. His battle with an aggressive, painful form of cancer has finally ended, Our prayers and hearts go out to his devoted and loving wife of 34 years, Dr. Sandra Lawrence.
Born November 16, 1946, in Springfield, Massachusetts, the oldest of 8 children, David would have been 75 next month. An Electrical Engineer by trade, armed with a master’s degree in Computer Science, Dave had been a long time employee with companies like Vitro and BAE at the Naval Bases Bangor & Keyport, involved in research and development. David enjoyed the culinary arts, woodworking, and photography. He enjoyed nature and spent many hours hiking through the northwest mountain ranges.
He was a good husband, a true patriot, a devout man of God, and a friend. After watching him go through this battle, we would say that David graduated “the top of his class.” He will be greatly missed. We are looking forward to seeing him again in Glory.
David is survived by wife Sandra, stepson Michael Wyatt-WA, and stepson Cyprian Wyatt (Teresa) AZ. Also, grandchildren Sebastian Wyatt (Rachel)-AZ, Darian Wyatt-AZ, Wednesday Wyatt-AZ, and Kiernan Wyatt-AZ. David is also survived by his 7 siblings, Pat Chicoine-Ohio, Dennis Lawrence (Barbara) MA, Karen Lovejoy-TX, Bill Lawrence (Shawn)-MA, John Lawrence (Lynne)-MA, Kathy Corsano (Jimmy)-MA, Ruth Lawrence-MA, and numerous nieces and nephews. Also, Cousin Ray Kaleda (Laurel)-CA, David is preceded in death by his parents David and Ruth Lawrence of MA.