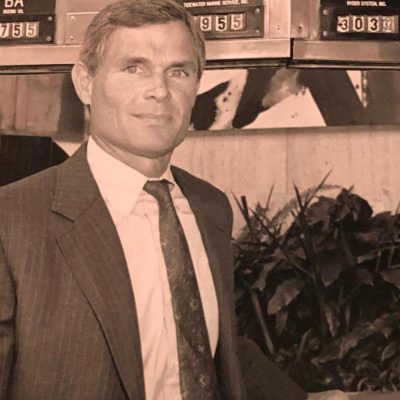 David C Bothell 12/20/1943 to 10/06/2020 David passed away October 6, 2020 with his family by his side. David is survived by his wife of 51 years, Sheryl, his son Derek, daughter Shelley and 5 grandkids: Caleb, Olivia, VJ, Noelle and Natalie. And of course, 3 Grand-dogs: Toby, Georgie and Cava. Preceding him was his Father Robert Bothell, mother, Evelyn and brother John. David was one of kind and a true gentleman. He was an impeccable man of character and a great provider to everyone, his family, friends and clients. He was generous, kind, intelligent, family oriented and had the best sense of humor. His intelligence and athleticism got him a scholarship to Princeton University for football. In 1969 he began his career as a Stockbroker that spanned 47 years. David remained active his entire life, loving to workout, kayak, bike and walk. But most of all, David loved to run. He completed several half and full marathons over the years including the New York City Marathon and the Seattle Marathon. When David was not working or working out, he was taking care of his yard. He was known for his impeccable lawn and yard. David was a decedent of the city of Bothell, founded by his relatives. Born and raised in the Seattle area David was an avid Husky Football fan. Saturday’s in the fall were for family and Husky Football. Over the years he attended several Rose Bowls and one Orange Bowl. At his request, there will not be a memorial service. Rather there will be a family only celebration of life on Bainbridge Island which was his home for the last 40 years. In lieu of flowers, we ask that you donate to the Alzheimer’s Association, https://www.alz.org/ in his name.