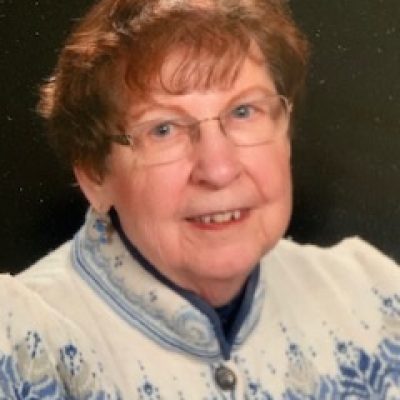 Darlene Johnsrude (née Olsen) of Bremerton, died peacefully in the early morning hours of July 17, 2020, at St. Michael Hospital after a short illness at the age of 89.

She was born in 1931 in the prairie hamlet of Antelope, Saskatchewan to John Olsen and Mary Olsen (née Weymouth). She is survived by her sister Camilla Schmidek (née Olsen), her husband of 62 years, Ted; their three sons, Kevin, Tim, and David; two daughters-in-law, Laura and Dee, and their three grandchildren, Emma, Nick, and Lauren. She is also survived by many nieces, nephews, and cousins in the US, Canada, England, and Denmark. She was preceded in death by her parents and by her brother Jerry Olsen.

She trained as a registered nurse in Ponoka, Alberta, and worked for many years as a nurse leader and patient case manager and advocate in Canada. She contributed to the nursing literature original articles that are still accessible to this day. After immigrating to the United States with her family in 1976, she attended the University of North Dakota in Grand Forks, earning a bachelor of arts degree in psychology (summa cum laude) at the age of 50. While in Grand Forks, she volunteered for The North Dakota Psychological Association, whose bumper sticker “Have You Hugged Your Kid Today?” festooned her car for years as the only such item she permitted. In Washington, she went on to earn a masters degree in clinical mental health counseling from Antioch University in Seattle at the age of 59 and then worked in her own counseling practice in Bremerton.

She survived tuberculosis, two types of breast cancer, and several spectacular car accidents, mostly unscathed. She brought to all situations a certain practicality and cool-headedness. After a single-car rollover accident sustained when she swerved to avoid a car that had pulled out in front of her, she calmly checked her skull for fractures while suspended upside-down before releasing herself from the seatbelt and crawling out of the vehicle to await paramedics.

She curated a wide circle of beloved friends, family, community, and dog companions. The New York Times Daily Crossword, along with a voracious reading habit, occupied at least some of her time every day. She was in possession of thousands of well-loved volumes in her home in many floor-to-ceiling bookcases. She also greatly enjoyed travel, knitting, and entertaining in her home. She had a bookcase entirely devoted to cookbooks, and spent many hours trying new dishes. She had a wide and adventurous palate and certainly in the culinary sense, would try anything once. She was known for her I Ching interpretations, and would bring out the book and coins for an evening of discussion and exploration, or sometimes for donations to a beloved cause. She was a gifted conversationalist and brought to her discourse a warmth and genuine compassion, as well as a lightning-fast and razor-sharp wit that elicited billowing laughter whenever she was in the company of others.

She spent a year in British Columbia as a teenager to access a high school education not available in Antelope in the late 1940s. She fell in love with the region and longed to return to the West Coast, realizing this dream when she discovered an advertisement in a medical journal for a position in Bremerton suited to Ted’s career as a urologic surgeon in 1981. The following year, she moved to the Pacific Northwest with her husband, youngest child still at home, and the family dog, settling into a waterfront home overlooking Bainbridge Island, Port Washington Narrows, and Mount Rainier for the next 35 years. As in all her previous locales, she soon cultivated a wide array of close friends and acquaintances, and served the Kitsap Unitarian-Universalist Fellowship in many capacities with countless volunteer hours as a board member and on various committees.

She was a lifelong self-styled scholar of the humanities. She was deeply invested in the potential of the human spirit, and chose to spend her career and life energy towards the betterment of humanity and the human condition, retaining an unshakeable faith in the continual evolution of human potential and beneficence.

As Parkinson’s disease increasingly encroached on her independence, she reluctantly left her beloved home on Puget Sound, and brought to her memory care residence the same spirit with which she lived her life. There, she sought to help those with whom she lived in community, assuming duties as the psychiatric/mental health nurse identity that she held most dear, talking with residents and bringing them solace and companionship when they needed someone to listen.

As she requested, her ashes will be interred in the waters of Puget Sound. A memorial will take place at Kitsap Unitarian-Universalist Fellowship at a time yet to be determined. The family wishes to extend its deepest gratitude to the staffs of The Ridge memory care facility of Silverdale and St. Michael Hospital in Bremerton.

Darlene leaves behind countless people whose lives she has touched and influenced. She is fondly remembered as a truly unique individual with a generous spirit, a fine intellect, a breathtaking wit, and an appreciation of good wine and great food. There was nobody quite like her.

If desired, donations in lieu of flowers will be gratefully accepted by The Kitsap Unitarian-Universalist Fellowship (https://www.kuuf.org/giving) or the Kitsap Humane Society (https://www.kitsap-humane.org/support-us).