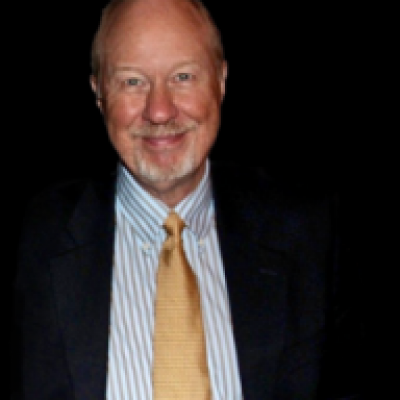 Daniel W. Dingess passed away September 14th, 2020 with his family by his side. He was 68 years young. Dan leaves behind his wife Denise Dingess, and two children Daniel S. Dingess and Matthew H. Dingess. He was also the “bonus” dad to Andrew W. Zeigler (Jessica) and Emily D. Zeigler (Brahima Fofana). He is survived by his older sister, Sue Van Parys, younger brother William Dingess (Linda) and nephew Denes Van Parys. He is preceded in death by his parents Leslie and Marge Dingess and youngest sister Judy Dingess. Danny was born in Beckley West Virginia, the second child to Leslie and Marge. He moved often as a child spending time Minnesota, Washington DC and the Pacific Northwest. He met his lifelong friend and business partner Jay Roberts as a child in Lakewood, Washington. Dan had two passions in life: his family and music. He loved being a dad more than anything. Those that observed Danny with his children often commented on how he beamed with pride at their accomplishments. Golfing, teaching all four kids to drive, building Lego’s, attending swim meets, soccer games, a first solo airplane flight, and going to Disneyland were just a few of his favorite ways to spend time with his children. He loved doting over his three grandchildren Noah, Amelia and Anna. He famously taught Noah guitar via zoom and could frequently be found rolling around on the floor playing with Amelia and Anna. Danny’s love of music blossomed the moment he picked up a guitar as a preteen. He earned a degree in Music from UTep and later taught music for a brief time. More than teaching, his true passion was playing local venues with his many band mates. He loved playing the Beatles, Deep Purple and everything jazz. Dan’s parents ultimately steered him towards more conventional careers in the food and restaurant industry. His savvy business sense and strong leadership skills helped him work his way up the corporate ladder of both Wendy’s and Domino’s Pizza, earning the title of regional manager at the latter. He is credited with opening up the first Domino’s in Hawaii. After returning to the Northwest in 1992 he started an advertising business (ELN Communications) with his friend Jay. Together they built it into the only independently owned video production and broadcast company in the greater Seattle area. Although his business aspirations drew him away from professional music, it continued to be an important part of his life.
Danny would often come home from work and treat anyone within listening distance to an impromptu tinker session on the piano or guitar. Danny will be greatly missed by the love of his life Denise. The two were best friends often sharing nightly pillow talks about their day that were filled with laughter, joy and the occasional “miscommunication”. They always laughed together and shared a sarcastic sense of humor that
was fun for others to watch. Dan you will forever be in our hearts. Although you left too soon, the memory of our time will help
carry us through. It is said that “When an artist dies, God let’s him paint the sky”. Danny, paint our sky with your music. Always and forever. A celebration of Dan’s life will be held in person for immediate family, but will be live streamed via YouTube on October 3rd, 2020 at 12:00pm (link following). In lieu of flowers the family is asking for donations to be made to mpnresearchfoundation.org. You Tube Link for Dan’s Memorial Service: https://youtu.be/Gw6_VfTTIMA