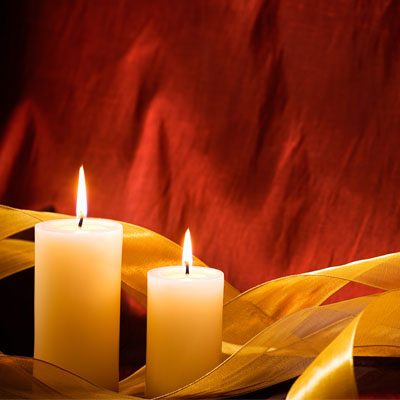 Clyde Sylvester Walker passed away on September 6th, 2019. His wife Della Mae (Lyon) Walker preceded him on June 21st, 1992 and his son Rodney James Walker on December 20th, 1993. He is survived by his daughter Rhonda Elisabeth Seidel, her husband Christopher David Seidel and his three grandchildren: Rachel Mae, Grace Elisabeth, and Morgan Christopher. Clyde was born in Omaha, Nebraska on April 23rd, 1942 to Sylvester A. Walker and Estella Maude (Kennedy) Walker. He attended Webster Elementary, Central High, and for a short time the University of Omaha. In 1962, he left his job at Kinney Shoes in Omaha for Regina, Saskatchewan, Canada to attend Canadian Bible College (CBC) where he became freshman class president and ASB president the following year. He met Della at the school and after graduating, they were married on June 4th, 1966. They began church ministry in Saskatoon, Saskatchewan at the University Alliance Church and served youth and Christian education for five years. Rodney was adopted in 1969, and they adopted Rhonda in 1971 right before leaving for a ministry position in Vancouver, BC at Tenth Avenue Alliance Church. After a year there, Clyde was called back to CBC to teach youth ministry, but needed to finish his schooling. In order to further his education, Clyde and Della moved as a family down to Long Beach California to attend BIOLA and Talbot Theological Seminary and work at the Alliance church there. Upon graduating, the family moved back to Regina to join the faculty of CBC. There Clyde taught Christian Education and wrote and directed for the Portrait Players drama team. In 1980 Clyde was invited to become the director of Christian Education for the Pacific Northwest District of the Christian and Missionary Alliance. The family moved from Canada to Canby, Oregon and Clyde would serve there for thirteen years. The family attended Canby Alliance Church. During this time Clyde was in charge of many things: Family Camp, Bible Quizzing, the district newsletter, Life Conference (‘86, ‘89, ‘92), DYC, AYC, and church events like plays and dinner theater. When the church was in-between youth pastors, Clyde stepped in and impacted many young people. He also produced his first book with his cartoon sketches of one of his best friends “Pastor Russell.” After a decade of working with the district, Della became very ill, and so Clyde began looking for a job that would not include so much traveling. Together they accepted the position of executive pastor at Salem Alliance Church. One month after that decision, Della passed away due to complications from pneumonia. Rodney was living in Seattle, but Rhonda moved with her father to Salem as he worked as the executive pastor. He also ran the college and career group. On October 2nd 1993, Rhonda
married Chris Seidel. Then, that same year, in December, Rodney took his own life at the age of 24. Such dramatic life events in such a short time overwhelmed Clyde and led to his ministry suffering. Eventually he was released from service. For the next ten years, Clyde lived in Canby, Portland, and St. Helens working at various jobs including foster care, graphic design, and apartment management. Then, in 2008, he decided to retire and move to Silverdale, Washington where he could be closer to his daughter’s family. For the last eleven years, Clyde was able to pursue his work as an artist and writer. He sold several art pieces and wrote two books (Beside the Gate: The Carrie Ahrendt Story and The Dean’s List). He was also very active in his retirement community helping to plan events and produce a monthly calendar. He thoroughly enjoyed his men’s group that would meet weekly. He attended hundreds of his grandchildren’s sporting events and performances before his body weakened with diabetes and other health problems. Yet, even to the end, he was writing, drawing, planning events, and engaging in lively conversation with those who made a visit to his corner apartment in Old Town Silverdale. One of these visitors was his closest friend he considered a brother for more than 50 years, Franklin who had known him since college. Over the years he was known as a friend and mentor to many. He was a proud husband, father, and grandfather. We will miss him but know that he has found peace and rest with his Lord and Savior Jesus Christ. A memorial service will be held at the newlife training center in Silverdale on October 5th, 2019 at 1:00pm. All are welcome.