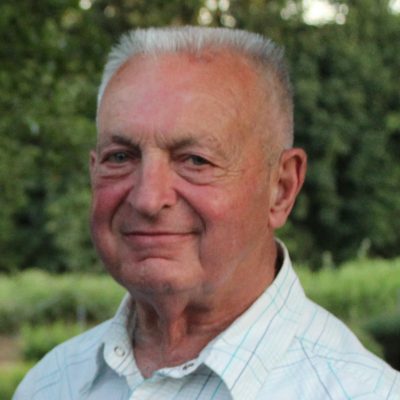 Charles Perry Sacksteder, 82, beloved husband, father, grandfather, and brother went to be with the Lord on January 3, 2023.  He was born in Dayton, Ohio on July 17, 1940. Charles was the oldest of 6 children born to Charles and Lillian Sacksteder. His family moved to the Seattle area when he was 18 months old. Charles enlisted in the Army when he was 17 and was stationed in Ethiopia for 3 years. He then took a job at Boeing. After being laid off in 1962, he decided to go to Multnomah University in Oregon. After one year, he went back to Boeing until a labor strike in 1965.  In 1965, Charles decided to go back down to Multnomah University to visit the school and other friends and that’s when he met Jill Joslin.  They were married July 1, 1966 and were married almost 57 years. He went back to work at Boeing and was there until he retired in 2006.

Chuck valued being gathered to the Lord’s name at His table. Any time he was able to get to a Bible conference he always enjoyed buying books and calendars for his children and grandchildren from Bible Truth Publishers. Chuck and Jill’s
hospitality over the years has been exceptional, whether for a meal, an afternoon, or a year…people were always welcome to stay in his house. There are a multitude of people that they have received over the years…during a time when those people would have otherwise been without a place to live.

Chuck always enjoyed music, brass instruments, singing hymns, and going to the band and orchestra performances of his grandchildren. He grew up singing four-part harmony with his siblings, and passed that love on to his children.  He would sing with them at every opportunity.

He is survived by his beloved wife Jill, 8 children, 29 grandchildren, 7 great-grandchildren, his brothers Bob and Dave (Joanne), and his sisters Virginia (Stan) and Patty. He was preceded in death by his parents, Charles Sacksteder and Lillian Worley, and his brother Paul.