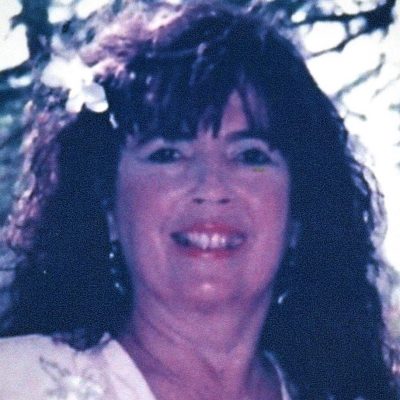 Caryn was born in Tacoma on a Wednesday. The date was September 30th, 1942. She was born to James Daniel Piper and Florence Marie Piper (nee Klewin). She went to meet her heavenly father on November 18, 2021, while staying at Garden Terrace in Federal Way. She will be interred at Calvary Cemetery in Tacoma.

She grew up in Tacoma and spent her life here with many cousins and relations. She had fond memories of fishing for salmon in Commencement Bay with her father. In 1951, she took second place in the Pogee Club Fishing Derby. She had the largest salmon caught by a girl. She is the only girl in a group photo that hung in the Point Defiance Anthony’s Restaurant for many years.

Caryn graduated from the Aquinas Academy in Tacoma. After high school, she participated in dancing with a local studio. The dance troupe performed at numerous events. She told of making her own costumes. Perhaps that is where she developed her flair for an extensive collection of clothes and accessories. She loved to visit Leavenworth for the Autumn Leaf Festival to celebrate her birthday. She would wear her German-made lederhosen outfits, elaborate dresses, and coats. Her favorite pastime was shopping at Nordstrom’s to add to her clothing ensembles. Another passion was shopping on QVC for jewelry. She liked collecting Hummel figurines, nutcrackers, and Marie Osmond dolls. Her other passion was cooking at shopping at markets such as the Metropolitan Market in Proctor where she would search for the best looking meats and ingredients. She could spend hours preparing different dishes. Her macaroni and cheese was unmatchable.

As a young woman, Caryn volunteered at Remann Hall for several years where she helped several troubled young men. After graduating from high school, she attended a business school where she learned to advance her skills in the various tasks required of office life. Many years after that she switched gears and took on a job caring for the children of a busy local attorney. And many years after that, Caryn worked at The News Tribune as a night packager. During the day, she worked at KinderCare. Caryn took her work at KinderCare very seriously and even enrolled in and graduated from an Early Childhood course at Clover Park Trade School to expand her knowledge and love of teaching young children. She prepared for her KinderCare classes with an incredible amount of effort and detail.

Caryn was also fond of animals and especially delighted in taking under her nurturing wing some of the unusual species for pets. Over the years her pets included a rabbit, hermit crabs, and even a raccoon. She was especially fond of her German Shepard from childhood, Spike von CarMar (named for the first syllable of her name, Caryn and her sister’s, Mary). In her later years, she took on a Shetland Sheepdog and a very affectionate orange tabby she very aptly named “Romeo.” In addition to her pets, she also loved to take care of her grandchildren and was especially instrumental in helping take care of her granddaughter Gracie, when, due to family circumstances, her son Marshall needed an extra pair of helping hands.

Caryn found family history fascinating. She liked to hear stories of her family’s heritage. One of her father’s branches of lineage can be traced back to several pilgrims on the Mayflower making the history quite interesting. Another set of great grandparents were in Tacoma in the 1880s. Caryn will be interred along with her parents and grandparents.

Caryn was remarried to Harold Steenbergen in Hawaii in 1998. It was a beach wedding at Kapalua Bay, Maui, Hawaii. It was her first trip to Hawaii. Discovering the many souvenir and clothing shops at Lahaina was an interesting surprise for her as she had been told there wouldn’t be any. Because of her fondness of the ocean and beaches, it was well suited for her, and forever stood out as a highlight of her life.