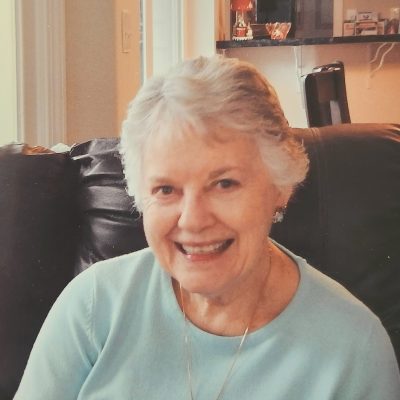 Carol Jean (Robinson) Woods passed away on September 12, 2022, at the age of 83. Born in Tacoma, WA on January 8, 1939, to Eugene and Dorothy (Buettner) Robinson. Carol grew up in Tacoma and graduated from Lincoln High School in Tacoma 1957. Carol married Donald C. Woods April 20, 1958. After a brief time living in Ohio, they settled in Fircrest, Washington, and later moved to University Place.

Carol was a wonderful mother and home maker and worked outside the home as well. Carol had many jobs over the years and spent over 20 years working for Bates Technical College until she retired in 2001.

Carol’s favorite things to do included spending time with her family, camping in their RV with children and grandchildren, and with friends on the Skagit River and in Arizona. There were also some special family times spent on Whidbey Island. The family gathered there annually for long summer weekends where they played lots of games including chicken foot and hearts. In her later years Carol enjoyed hosting and attending luncheons with her friends as well as playing Bunco and Mahjong.

There will be a private family graveside gathering where Carol will be laid to rest at Tahoma National Cemetery. A celebration of life gathering is being planned for friends and family.