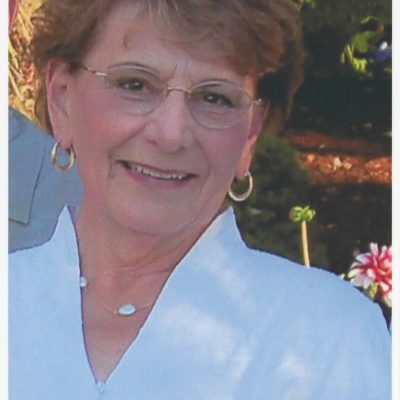 Carol was born in Tracy, Minnesota to Ellsworth and Grace Mottinger. She passed away September 4, 2019 following a courageous 5-year battle with pancreatic cancer.

Carol grew up in Bremerton and graduated from Bremerton High School Class of 1954. Following graduation she moved to Seattle and found employment with Pacific Telephone & Telegraph Company. It was during this time that she met her future husband, Gary Johannson, who also worked for Pacific Tel. They were married in June, 1956 and made their first home in Ballard, where they raised two daughters. When the girls were older, she found employment at HydroDrive Corporation, where she held several positions. In 1973, the company was sold and moved out of state.

In December 1973, Carol went to work as Administrative Assistant at the Reconstructive Cardiovascular Research Center (aka known as the Bob Hope Heart Institute) at Providence Medical Center in Seattle, working for renowned heart surgeons Drs. Lester Sauvage and Peter Mansfield. She later moved into an administrative position in the Administration Offices working for the General Services Administrator. After a time, she moved on to the position of Residency Coordinator of the Providence Family Practice Residency Program at Providence Medical Center (now Swedish). She retired October, 1997, following 24 years of service at the Medical Center.

In 1986, the couple moved to Whidbey Island where they built a new home on their waterfront property at Beverly Beach, Freeland. They loved spending weekends entertaining family and friends, boating, water-skiing and digging clams. Following her retirement, she became interested in genealogy. She became a member of the South Whidbey Genealogical Society and with this group, made four trips to the Family History Center in Salt Lake City where she traced her ancestors back to the Mayflower landing. In April 1999, she was accepted into the membership of the Daughters of the American Revolution (DAR) after providing sufficient proof that her ancestor Elijah Carpenter had served in the Revolutionary War in the Connecticut Continental Line from 1777-79.

After a number of years, the couple sold their Whidbey Island home and moved to Lakeland Village, a golf community in Allyn, WA. This move brought them closer to family.

She was preceded in death by her parents, her husband Gary and daughter Debbie. She is survived by brothers, Curtis Mottinger (Edith), Allen Mottinger (Nancy) and sisters, Sandra Petersen (Herman) and Colette Landberg of Sacramento. Her daughter, Terry Ann Hawthorne (Ian), three grandsons, Steven, Jason and Thomas and great-granddaughters, Ella, Raelynn and Peyton, and many nieces and nephews survive her.

Carol had many lifelong friends and would like to be remembered as a loyal friend to them all.

At her request, a Private Family Gathering will be held at a future date yet to be determined.