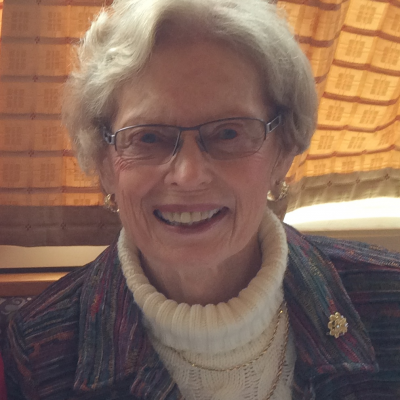 Betty Ann Patterson-Pope, LtCol USAF (ret) died from complications of PSP on Saturday, Nov. 16, 2019. She was born Aug. 15, 1929 in Tacoma to Elsie and Owen Patterson. At an early age the family moved to Bremerton, where Betty Ann graduated from Bremerton High School. She attended the University of Washington and graduated from Washington State University in 1951.
A lifelong ambition of Betty Ann’s was to serve in the armed services, and after graduation she was commissioned a 2nd Lieutenant in the U. S. Army in 1952. She was always proud that she was the 451st WAC officer to be commissioned in the Regular Army. Her Army assignments included the Defense Language Institute in Monterey, CA where she studied the Arabic language.
In 1959, Betty Ann transferred to the U. S. Air Force as an Intelligence specialist. Her assignments included several at Air Force commands in the United States, assignments in the Pentagon with the Defense Intelligence Agency, and overseas assignments in the Philippines and in Vietnam for a year 1968-1969 during the active war period.
In 1974 Betty Ann retired from the Air Force and began a new career as an author. During a period of foreign travel and writing she published ten novels in the Romantic Intrigue genre under the pen names Vickie York and Elizabeth Carlson.
Betty Ann returned to Tacoma to care for her parents in their declining years. In due course, she became an active member of St. Luke’s Memorial Episcopal Church, Rotary 8, and other organizations. She loved animals and supported the Elephant Sanctuary and the Humane Society of the United States.
Betty Ann is survived by her devoted husband John Pope, Captain USN (ret). A memorial service is to be held at St. Luke’s Memorial Episcopal Church on Saturday, Nov. 30th at 11:00, followed by a party in Betty Ann’s honor in the Parish Hall. She will be interred next to her brother Douglas W. Patterson in St. Luke’s Columbarium. In lieu of flowers, those who wish are encouraged to contribute to the Pierce County Humane Society.