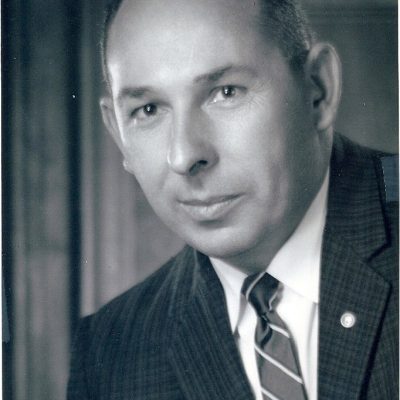 Bernard Manzo’s long journey came to an end as he passed away in his sleep on December 22, 2021 at 96 years old.  Bernie, to his friends, began his journey in Seattle born to Daniel Manzo, from Italy and Sophie Willers from Seattle.  He grew up in “garlic gulch” full of Italian families in farmland rich Rainier Valley.  Bernie graduated from Cleveland High School.

Bernie was in the 422nd army infantry company of the 106th division in the European Theatre during WWII.  He and his company were taken prisoners of war, December 1944, during the beginning of the Battle of the Bulge near Schoenberg Belgium.  He was liberated by the Russians from Muhlberg Germany prison camp in April 1945. He discharged as an Army Corporal and a purple heart recipient along with other medals.

When Bernie returned from the war, he worked in his father’s dry cleaning and tailor shop.  He then started his own business of dry cleaning in the time when the dry cleaning came to you.  Bernie became an expert on transporting around the city efficiently.  His career moved to Loomis Armored Services, where he was able to use this skill to lead a team of drivers on how best to maneuver about the city and surrounding area.  The last twelve years of his career was spent at the Boeing company utilizing his knowledge of local transportation logistics.

Bernie married Nell Hawkes in 1954.  They settled in West Seattle with Nell’s daughters, two of high school age, one in junior high and one in grade school.   Bernie and Nell immersed themselves in community activities.  They loved big band music and dancing the night away.  They later purchased a cabin on Twin Lakes in Graham, WA.  The cabin was a source of lifelong friendships and many happy memories of holidays, summers, and other celebrations.  They retired in the Puyallup area again acquiring many new and endearing friendships.

Bernie is survived by his stepdaughter Betty Taylor and grandchildren Jason Taylor, Joelle McGuire, Barbara Endresen, Fay Hamilton, Lois Keegan, Mark Leamer, Matt Leamer and Katijo Leamer. He is survived by 20 great grandchildren and great-great grandchildren.  He is also survived by his girlfriend Patricia Boettger. Bernie is proceeded in death by his parents and his siblings.  He is proceeded in death by his wife Nell, and stepdaughters, Georgia Ratliff, Mary (Mickey) Leamer and Patricia Johnson and grandson Mike Leamer.

Bernie will join his wife Nell at Tahoma cemetery with Military Honors. A celebration of life will be held later in the March.  Service information will be updated on the Tuell-Mckee Funeral Home website. Remembrances can be sent to Puget Sound Honor Flight, PO Box 434, Grapeview, WA 98546 or other organizations serving Veterans.