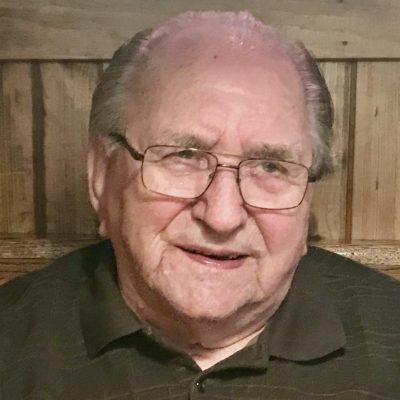 Barthom “Bart” Ivern Clarke, age 95, went to his heavenly home on Wednesday, June 30, 2021 in Puyallup, Washington. Born in Tacoma, Washington to Raymond Clarke and Rose Danielson on July 16, 1925. He leaves behind the love of his life and wife of 73 years, Dona Gene and his loving children, Ray and wife Cheri, Gene and wife Mary, daughter, Hazel, who passed away in 1996, six grandchildren, three step-grandchildren, seven great-grandchildren, four great-great grandchildren, numerous nieces and nephews, two loving dogs and two adopted daughters, Alice Moore and Becky Vanzant. Bart and brother Dick grew up with their grandparents and Aunt Julia at the Danielson Family Farm in Bristol, South Dakota.

In 1942, at 17 he joined the US Navy and served in the Atlantic and the Pacific war zones on the USS David Taylor Destroyer and was honorably discharged in 1945. Bart was also cook on board ship.

After marriage we lived in Aberdeen South Dakota and work at the Piper Gas Station and as a machinist at Paisley Auto Supply. In 1963 the family moved to Puyallup Washington and Bart worked at LDW’s, Phillips, Hagen Machine Shop and owned and operated his own shop called Bart’s Auto Machine Shop for many years.

Bart served as head usher and very active in the Puyallup Assembly of God for many years. Over the years he taught Sunday School and worked with Royal Rangers. He’s been a partner of Experience Church for almost 20 years.

Bart is our loss but he is heavens gain. What a wonderful day that will be when we meet again on the other side.