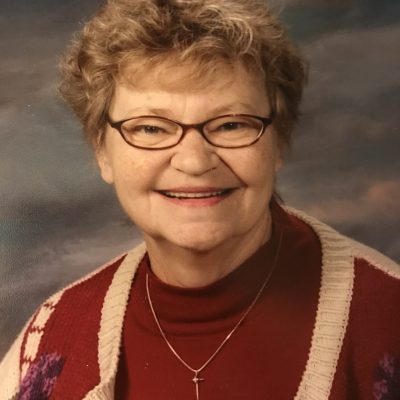 Andrea K. Kamrath, 76, passed away January 1, 2020 at her home in Puyallup due to complications from her long (64 years) battle with type 1 diabetes.  She was born June 28th, 1943 in Shelby, Montana to Earnest and Kathleen (Sauder) Stomsvik.  Andrea grew up in Montana and graduated from the University of Montana where she met and fell in love with Larry Kamrath.  They were married in 1964 and in 1965 they moved to Washington State.  There she worked for Boeing for a couple of years and then in 1967 became a Speech Therapist for the Puyallup School District.  She worked for 5 years with the school district and then became a stay at home Mom until 1987 where she went back as a substitute Speech Therapist for 18 years until her retirement in 2005.

Andrea was a wonderful mother, wife and grandma who thoroughly enjoyed supporting her boys as they grew up and attending all of their events.  She also loved and adored her 4 grandchildren.  She also loved serving others at Celebration Lutheran Church in Puyallup where she was a member.

She is preceded in death by her parents Earnest and Kathleen Stomsvik as well as her husband, Larry Kamrath.  Andrea is survived by her three sons, Kirk (Jamie) of Blaine, WA; Brent of San Francisco, CA; and Jonathan (Lexi) of Shoreline, WA; grandsons Bryce Kamrath, Luke Kamrath and granddaughters Krystin Kamrath and Alina Kamrath; her brother Jerry (Marge) Stomsvik of Butte, Montana; and her 3 nieces Faith, Laura, and Jennifer.

A celebration of Andrea’s life will be held on Sunday, January 12th at 3:00 PM at Celebration Lutheran Church, 2500 Shaw Road, Puyallup, WA 98374.  In lieu of flowers the family asks that donations be made in Andrea’s name to the American Diabetes Association at www.diabetes.org.  Arrangements entrusted to Tuell-McKee Funeral Services, Puyallup 253-845-5090.