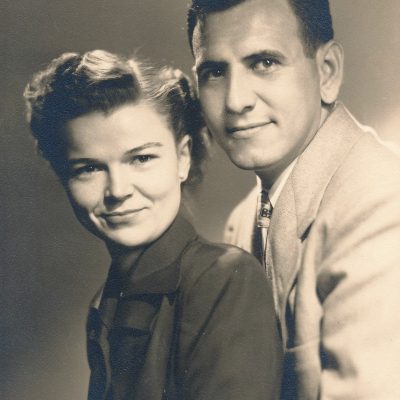 When Albert was younger his family moved to Seattle, where he graduated from Garfield High School. During school he worked as a Machinist Apprentice for Chicago, Milwaukee, St. Paul & Pacific Railroad Tacoma Shops. He joined the Washington Army National Guard in 1939 and was activated September, 1940 to join the US Army.

During his time in the Army, Albert was a Staff Sergeant for the 41st Infantry Division as well as an Artilleryman and Forward Observer. He participated full time during both the New Guinea and Philippines campaigns before returning home August of 1945.

In 1946 Albert married his beloved wife, Lorraine, and they built a home together in Upper Preston, Washington. It was there that they raised their two sons, Kendrick and James. After a period of time the family then took residence in Bellevue, Washington. Albert took this time to graduate from the Edison Technical School of Seattle in 1950, post WWII GI Bill and became a Watchmaker.

Albert worked in watch and jewelry repairs in Bellevue and then in 1970 became the owner of the store he had come to cherish. In 1986, Albert retired and moved to Bremerton with Lorraine and enjoyed traveling the Olympic Peninsula. Their trips often took them down the Washington and Oregon coasts and even across the mountains to Leavenworth, Washington.

Albert is preceded by his loving wife, Lorraine in 2007 and is survived by his two sons; Kendrick and James.